Every time a commercial pilot encounters a complication, the airline involved conducts an immediate root-cause analysis and shares the findings throughout the industry with the focus on the problem and the appropriate response, rather than blame. Pilots, argues interventional cardiologist Dr Bill Lombardi, welcome the process as it keeps their skills sharp. However, no such feedback-improvement loop exists for interventional cardiologists, he notes, despite performing their role with similar life-or-death consequences.

Bill Lombardi believes a culture change is required to prise cardiologists ‘out of a too-cautious posture’ and enable them to have the confidence and skill sets to perform more challenging procedures for the benefit of patients without the fear of litigation or criminal investigation. At present, he suggests, fear of potential complications often results in cardiologists declining to perform procedures in complex cases or readily share data when complications occur. With interventional cardiologists, the norm is to quietly review and learn without sharing the information, and perhaps deciding not to take on such riskier cases in the future, Lombardi says. 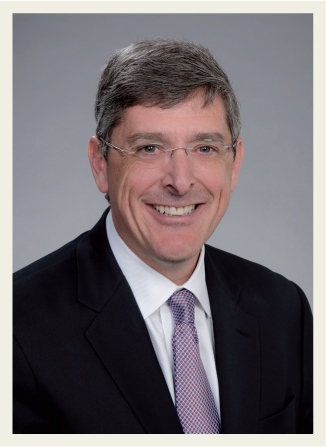 The son of an airline pilot, he suggests, this is ultimately counter-productive and that interventional cardiologists should follow the example of his father’s profession and adopt the commercial airlines’ ‘feedback improvement loop’.

Lombardi, who directs Complex Coronary Artery Disease Therapies at UW Medicine—the health system of the University of Washington—outlined his views at a ‘learning from complications’ symposium in Seattle in August, one focus of which was how cardiologists could improve by sharing information about mistakes or unforeseen complications to learn from them and avoid repeating them.

Lombardi said: ‘Instead of hiding complications and being fearful of describing complications, or being somewhat protectionist and having a heavy emphasis on avoidance rather than learning from them, what we want to try and do is discuss the challenges of our profession in doing more complex procedures. How do we develop a better way to share global experience in a way that others can learn from other’s mistakes rather than having to repeat them or learn them on their own?’

In aviation, accident scenarios can arise out of a minor technical malfunction, but escalate because of hurried subsequent decisions. This is mitigated through communication and regular training. He advocates the development of a structured work process for cardiologists with checklists and educational updates, so that when a complication occurs, it is a learning opportunity for all practitioners.

For instance, the famous landing of US Airways flight on the Hudson River—as portrayed by Tom Hanks in the film ‘Sully’—was possible because the commercial pilot had rehearsed the scenario of multiple engine failures as part of ongoing training and was able to calmly respond. And after a catastrophic engine failure caused the 1989 crash of a DC-10—the aircraft type his father flew—all DC-10 pilots were mandated to fly the crash and the appropriate response on a simulator. ‘The impetus of the symposium and was to bring some of that sensibility to our profession’, said Lombardi, a specialist in cardiac catheterisation and interventional cardiology.

At present, he says many interventional cardiologists differ significantly from commercial pilots when they encounter a complication. ‘There is a lot of risk-avoidance’, he suggests, ‘of avoiding therapies that would have benefit to patients but are avoided because of lack of competency and lack of understanding of how to manage the consequences of a poor decision’. It would be like saying an airline pilot is only going to fly when the weather is beautiful. ‘That is because we don’t fundamentally train the minimum competences of interventional cardiologists to the level of a pilot. The minimum competency to do interventional cardiology is more analogous to flying a Cessna, a little single-engine plane, in beautiful weather, rather than the competency required of a commercial or military pilot’.

Lombardi thinks the hierarchical structure of cardiology contributes to this culture with a top-down, rather than horizontal, education process. He also expressed concern about communication practices, in which the senior physician dictates what happens during procedures and other points of view are not encouraged. ‘In contrast, cockpit communication is very horizontal between pilot, flight attendants, and air traffic control. That certainly is not nurtured and developed within our profession’.

And when a complication does occur, few mechanisms exist to share and broadly learn from it. There is more of a culture of blame, he said. The lack of such a feedback-improvement loop for interventional cardiologists may stem from fear of malpractice litigation, which encourages practitioners to shy away from an open dialogue.

Lombardi advocates minimum competencies that practitioners must acquire and demonstrate in a more structured way. That, he says, would require hospitals and healthcare systems to send interventionalists to annual courses of case simulation and didactics, updates on potential complications, treatment and new data. People would be forced to maintain a minimum competency—exactly the same as the airline profession. Once you have built that kind of culture, you can look at a complication with a central resource data set. It can be reviewed by a panel and yield learning objectives that go back to the institution and the operator. Ultimately, it can be among the annual educational updates for the profession.

‘In an ideal world, that is what we would get to’, he said ‘It would not be litigation and criminal justice to help doctors learn but the value of education and competency’.

Lombardi suggests this reluctance to learn from mishaps is a global issue across healthcare more generally, not specifically interventional cardiology. ‘I speak of interventional cardiology because it is what I know, but I think it is a wider problem. Patients might assume that every doctor with similar training has the same skills, but because we lack measurable competencies, that is not actually true’.

He is convinced that if practitioners had better minimum competencies and a better understanding of potential consequences of decisions, patients would receive better care. ‘If you work in an objective way to improve management of complications and reduce not just the number of complications but the consequences of those complications, that actually saves healthcare systems and hospitals tremendous amounts of money as well as helping patients. In the long term, it would give patients more trust that when they are getting treated, the person treating them actually has the skill sets to take good care of them’.

Such a transformation could take a decade to bring about tangible improvements.

‘If we can start to build a constructive discussion and construct, one that is not going to offend but one that is going to actually highlight the benefits, then we have an opportunity to start changing the culture, which should then help improve patient care’.