A mix of cardiac muscle cells and outer heart wall cells, derived from stem cells, is tested in lab studies of heart-mending grafts 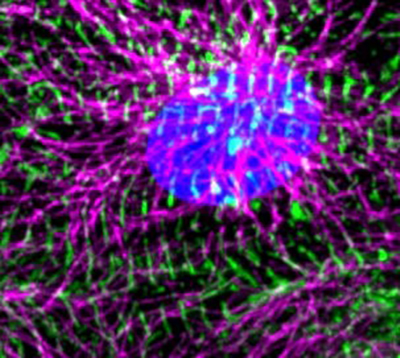 A combination of two different kinds of heart cells, derived from stem cells, might be key to designing an effective graft for repairing damaged hearts.

During embryonic development, cells originating in the epicardium – the protective outer wall of the heart – are pivotal in certain aspects of how the heart initially forms and grows into a working organ.  Regenerative medicine researchers wondered if they could tap into the heart-development roles of this cell type to improve experimental heart tissue grafts.

In a recent study, published today in Nature Biotechnology, the scientists found that stem-cell derived epicardium augmented the structure and function of engineered human heart tissue in laboratory tests. The muscle cells, for example, reached a greater maturity and showed an increase in their ability to contract and relax.

The movie below comparing the stem cell heart graft contractions is from the University of Cambridge and the British Heart Foundation:

Co-transplantation in rats of stem-cell derived epicardial cells and heart muscle cells also enhanced the efficacy of the graft. The heart muscle cells underwent more proliferation, resulting in a larger graft.  Co-transplantation also encouraged the sprouting of microvessels to create a graft with more vascular networks.  Vascularizing a graft is important because such networks are needed in thicker grafts to carry oxygen and nutrients to sustain the repair.

The co-transplantation also improved the ability of the heart to pump blood.  In some forms of heart failure, this systolic function is impaired, causing weakness because not enough blood is pumped into the circulation. That is why the researchers are seeking to develop tissue grafts that could restore it.  Their eventual hope is to design treatments that could help the heart recover from the damage of a heart attack and reduce heart failure.

“One of the missing pieces of the heart regeneration puzzle appears to be the epicardial cell,” Murry said the team concluded. “This cell makes key components of the heart during development, including the fibroblast that generates the heart’s connective tissue.  We found that epicardial cells markedly improve the ability of heart muscle cells to regenerate the rat heart after an infarction.  The upshot is that by embracing complexity and moving from monoculture to multiple cell types, we are rebuilding better heart muscle.”